In 2012, the accomplished Pakistani rock star Salman Ahmad came to Eugene to play a concert and to promote his book, Rock & Roll Jihad: A Muslim Rock Star’s Revolution. Designer Bryan Schuldt was tasked with the job to create print materials for both the concert and a book club in which Salman Ahmad himself attended. 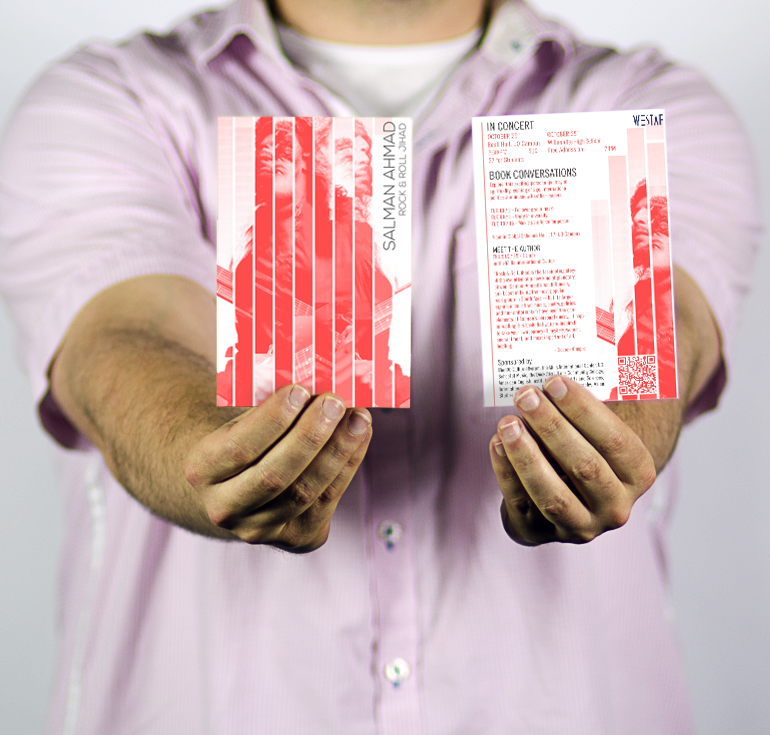 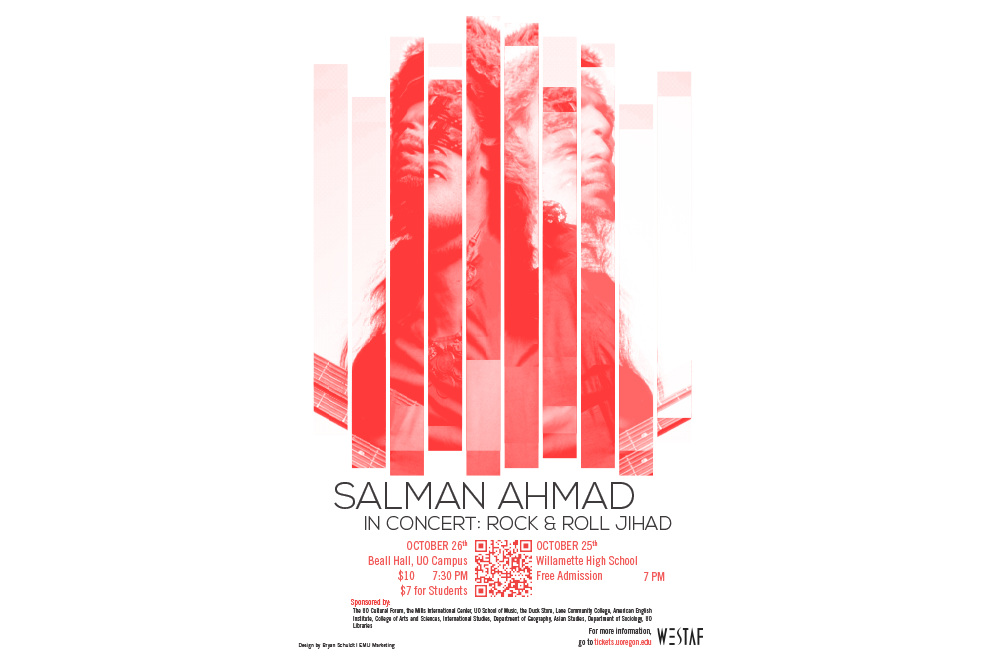 © University of Oregon.  All Rights Reserved.

UO prohibits discrimination on the basis of race, color, sex, national or ethnic origin, age, religion, marital status, disability, veteran status, sexual orientation, gender identity, and gender expression in all programs, activities and employment practices as required by Title IX, other applicable laws, and policies. Retaliation is prohibited by UO policy. Questions may be referred to the Title IX Coordinator, Office of Affirmative Action and Equal Opportunity, or to the Office for Civil Rights. Contact information, related policies, and complaint procedures are listed on the statement of non-discrimination.